Zoë Smith’s study (PhD student) has been on the experimental reintroduction of the threatened terrestrial orchid Diuris fragrantissima (Sunshine Diuris).

Magali Wright’s study (PhD student) has been on maximising mycorrhizal activity that sustains Caladenia species in cultivation and reintroduction.

Emily McQualter’s study (Masters student) has been the investigation of the mycorrhizal fungi of two species of the terrestrial orchid Prasophyllum.

Kelli Gowland’s study (PhD student) has been on understanding the distribution of three Australian epiphytic Aeridinae orchids through investigation of their host and fungal associates.

The theme of the Conference was ‘Are our orchids safe?’ and the students presented talks and posters on their work ‘down under’. They were able to liase with world – renowned researchers in their fields and show that Australia is at the forefront of applied orchid conservation research.

The first Orchid Specialist Group (OSG) Early Career Committee was held during the Conference and committee members selected. The aims of the Committee:

Zoë Smith formally (as the first designated Chair) inaugurated the OSG Early Career Committee, and introduced the Committee (which also included Emily McQualter) to key OSG members at the official meeting. The Early Career Committee is now formally recognised within the OSG and will provide a valuable international network for students and early career researchers. 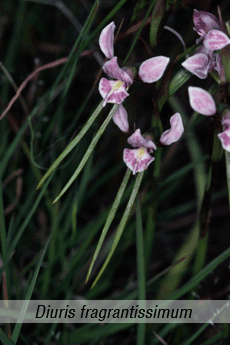 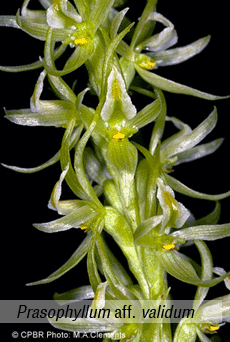