The Australian Orchid Foundation is an Approved Research Institute. The members of the Research Committee, all specialists in Orchidaceae, must be approved by the Commonwealth Scientific and Industrial Research Organisation (CSIRO).

All applications for funding are reviewed by the Research Committee who make recommendations to the Directors.

The Australian Orchid Foundation invites applications for grants or support from any person or group who wish to undertake specialised work on any subject that relates to orchids, whether endemic or otherwise. The work must be performed in Australia and/or must relate to the orchids of Australasia. 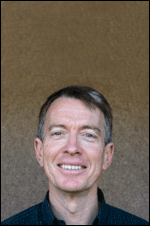 Professor Kingsley Dixon was awarded a personal research chair at Curtin University following 32 years at Kings Park and Botanic Garden.  He retains his main areas of orchid research including pollination biology, in vitro propagation, mycorrhizal research and conservation of rare and threatened orchids. He is widely published in the orchid literature and works with orchid biologists at Kew, Missouri Botanic Garden and is a member of the Orchid Specialist Group of the IUCN and co-organiser of the international series of conferences, the International Orchid Conservation Congress. 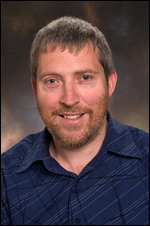 Rod Peakall is a Professor in Evolutionary Biology at the School of Botany and Zoology, The Australian National University. Orchids have featured strongly, but by no means exclusively, in his research in greater part because their novel pollination systems are ideal for exploring a range of evolutionary questions. This research has provided exciting opportunities for multidisciplinary research spanning reproductive ecology, genetics, phylogeny and chemical ecology. This multidisciplinary approach, combined with the use of innovative tools and experimental design that take advantage of the unique features of orchids, has positioned him as an international leader in the field of orchid evolutionary biology. He has written more than 75 refereed papers, many of which are published in the very best international journals in the field. His orchid research has also been featured in multiple commentaries, reviews and textbooks as well as on TV and radio. He is highly regarded for his enthusiastic and ‘plain English’ seminars leading to regular invitations to present both public and scientific seminars in Australia, USA and Europe. Professor Peakall’s current major research project is investigating the ecological, genetic and phylogenetic evidence for sympatric speciation in Chiloglottis from the multiple perspectives of chemical ecology, population phylogeny, population genetics and reproductive biology. Chiloglottis orchids are pollinated by sexual deception and were chosen as a ‘model’ system because evidence suggested they might provide novel examples of recent sympatric speciation. 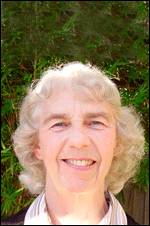 Professor Ann Lawrie was the Discipline Head of Biosciences at RMIT University and now holds an honorary position as Adjunct Professor in the School of Applied Sciences at RMIT.

Her research interests are in plant microbiology, particularly the use of molecular biology to investigate their interactions. She has conducted research in symbiosis and plant pathology with particular emphasis on soil-borne bacteria and fungi, including orchid mycorrhiza. Her current research is on orchid mycorrhizal fungus nutrition and specificity as well as biocontrol of weedy grasses.

Ann hopes this research will provide a better understanding of soil-plant-microorganisms systems, to be able to predict and control the system better for the benefit of crop and wild plants and the survival of endangered orchids.

Ann’s research maintains active collaborations with colleagues in the government and private sectors, who have co-supervised research students in their projects. 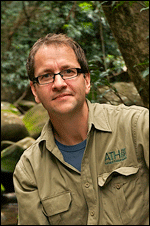 Darren’s research career has involved studies of the origins, evolution and classification of plants and deals broadly with the questions: how many plant species exist, where do they occur, how are they related and how have they evolved? His research is:
– discovering, naming and classifying new plant species and determining the evolutionary relationships among them,
– mapping the distribution of ecosystems, species and genetic variation within species across the landscape,
– developing DNA-based tools and ‘matrix keys’ for species identification and rapid biodiversity inventory
– uncovering the deep-time origins and ancient migration pathways of plants that are found in tropical Australia today.

This research has been undertaken in a broad range of biomes and countries including the Republic of Panama, Venezuela, Papua New Guinea, New Caledonia, Malaysia, New Zealand and the United Kingdom. His involvement in orchid research is rather recent, as research leader for a group of postdoctoral and postgraduate scientists working on several major projects including the systematics, biogeography, evolution and molecular identification (DNA barcoding) of the Australian orchids with a focus on the genus Dendrobium and its relatives and mapping the geographical distribution of genetic diversity in tropical mountaintop endemics in the genus Bulbophyllum.

In March 2008 he was appointed the inaugural Director of the Australian Tropical Herbarium, a joint venture between CSIRO, the Queensland Government and James Cook University. Leadership of this dynamic and growing organisation occupies most of his time, with much of the remainder consumed by representative roles. His research time starts on Friday afternoons, about tea time… 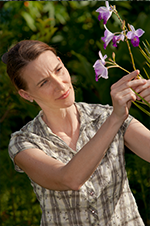 Katharina Nargar is head of the orchid research program at the Australian Tropical Herbarium and chair of the IUCN orchid specialist group on molecular identification of orchids. Katharina and her team employ genomic approaches to reconstruct evolutionary relationships of Australasian orchids and their diversification in time and space. Current research projects target the highly diverse orchid tribe Diurideae (e.g. donkey orchids and spider orchids), subtribe Pterostylidinae (greenhood orchids), and the two epiphytic plant mega genera Dendrobium and Bulbophyllum. A greater understanding of evolutionary relationships in these orchid groups is key for the establishment of a more stable and widely accepted taxonomic classification for Australian orchids. Further, Katharina and her team are building the first comprehensive genetic inventory of the Australian orchid flora, representing over 90% of Australia’s native orchid diversity. Katharina’s conservation genomic research examines taxonomic delimitation and genetic diversity in species complexes, in particular of threatened Australian orchid species, such as Australia’s iconic Queen of Sheba. 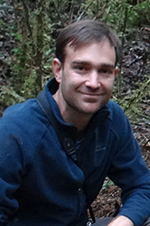 Ryan Phillips is a Senior Lecturer in biology at La Trobe University in Melbourne. His primary area of research is the ecology, evolution and conservation of species with specialised ecological interactions. In particular, his research has sought to understand the role of specialised interactions in plant species rarity, and the processes underpinning plant diversification and floral evolution. His research has a strong focus on the Orchidaceae, including projects in south-western and south-eastern Australia, where he has published on a range of orchid genera including Drakaea, Caladenia, Pterostylis, Diuris, Cryptostylis and others. This represents a continuation of a childhood enthusiasm for orchids, where his family joined the Western Australian Native Orchid Study and Conservation Group when he was 8 years old.