Title: The mycorrhizal associations of endangered Victoria orchid species: how do we best conserve them?
Applicant: Dr Magali Wright
Institute: University of Melbourne, Melbourne School of Land and Environment, Department of Resource Management and Geography.

Orchids require colonisation with certain mycorrhizal fungi to germinate, and this association continues through the life of the orchid with increasing evidence that it plays an important role in adult nutrition.

The distribution of suitable mycorrhizal fungi determines establishment sites and is likely to be a limiting factor in seedling recruitment. Further, their role in adult nutrition means that fungal persistence in these sites is required for orchids to grow and reproduce to the best of their potential. Active management of Victoria’s threatened orchid species has increased plant numbers in natural and newly created populations and ex situ collections significantly reducing the risk of extinction. The use of mycorrhizal fungi has played a pivotal role in these endeavours; however, the identity and diversity of the mycorrhizal fungi associating with the majority of endangered Victorian orchid taxa is still unknown.

This project aims to investigate the diversity and identity of mycorrhizal fungi associating with common and endangered species from the genera Caladenia, Diuris, Pterostylis Prasophyllum Thelymitra, Calochilus, and Corybas using ITS-RFLP analysis and DNA sequencing. Existing sequencing data from fungi associating with terrestrial orchid species from across southern Australia will be collated and analysed with sequencing data to be collected during this project. Understanding the diversity, identity and distribution of mycorrhizal fungi associating with threatened orchid species will aid their recovery, as we elucidate what fungi need conserving to adequately conserve their associated orchids in extant populations and through reintroductions. 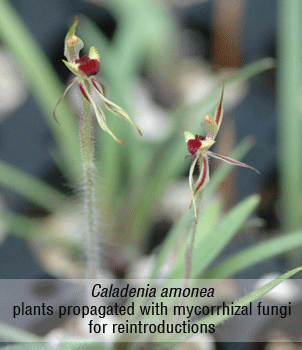 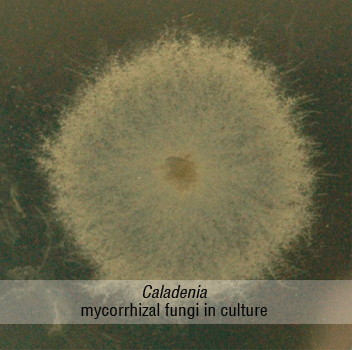