Tasks for this propagation project commenced in 2015, with collection of wild orchid root samples for isolation of mycorrhizal fungi, and collection of seed. Intensive management of the wild orchid’s Plains Grassland habitat and of individual plants occurred throughout 2015 to maximise plant emergence and reproductive success, resulting in the highest level of flowering and capsule production this century. Seed produced was sown with the orchid’s mycorrhizal fungi at the Botanic Gardens lab, and by June 2016 seedlings were being ‘deflasked’ or planted out into pots for transfer to the nursery. 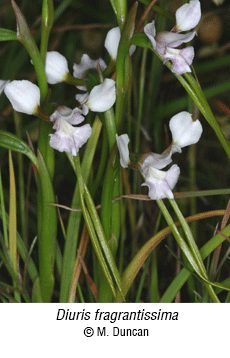 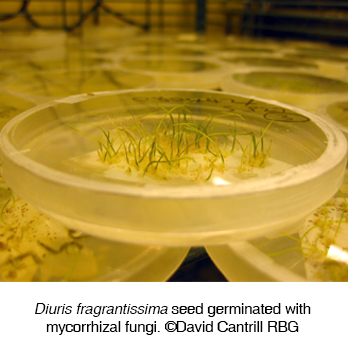 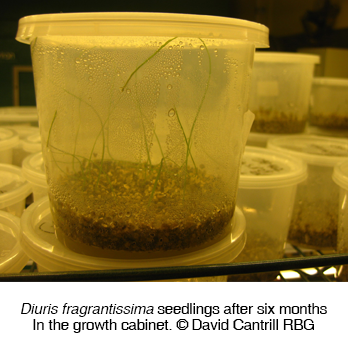