All Australian terrestrial orchids are symbionts to a greater or lesser degree. They require association with appropriate fungal species to germinate, and most maintain associations with one or more species of fungi when actively growing. The plant-fungus interaction occurs in specialised plant cells in which fungi form pelotons – masses of fungal mycelia that are digested by the plant.

Previously we isolated fungal pelotons from Pterostylis and Microtis orchids. We found that the mycorrhizal fungi were infected with one or more mycoviruses (viruses that infect fungi, not plants). Most of the mycoviruses we identified belonged to higher order taxa not previously identified from Australia (Ong et al 2016).

Do the viruses of fungi of plants influence plant biology? Very little research has been done on the ecological roles of the mycoviruses of mycorrhizal fungi. One of the few studies done showed that mycoviruses of fungi colonizing grasses profoundly influenced plant survival under severe heat stress (eg Marquez et al 2007).  The mechanism by which this was achieved remains unknown.

To achieve theses aims, mycorrhizal fungi will be isolated from pelotons and cultured on agar plates.  The identity of mycoviruses present will be determined using high-throughput sequencing. Fungal cultures will be ‘cured’ of mycoviruses. Virus-containing and virus-free fungal isolates will be used in seedling colonisation and gene expression studies carried out in vitro. The orchid species to be tested will be Microtis media and Cryptostylis ovata. 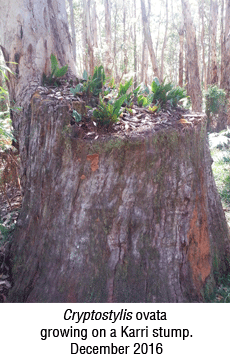 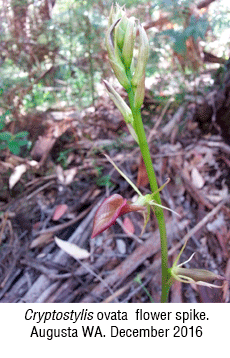 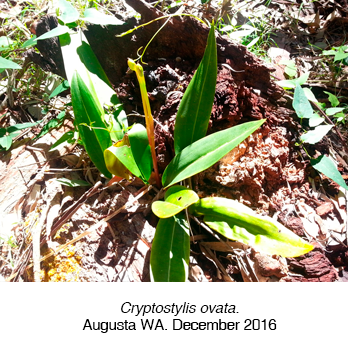 The primary objective of this project was to determine if mycoviruses play an active role in the Cryptostylis ovata-fungal mycorrhizae association, and to determine the mechanism for this interaction.

Orchids are plants that form symbiotic relationships with fungi. Earlier work revealed that the fungal partner were sometimes infected with one or more viruses (Ong et al 2016, 2018). In the Ceratobasidium-like fungal partner of a Pterostylis sp. orchid we identified three large RNA viruses that now represent three new species in the genus Endornavirus.

My aim was to identify fungi associated with Cryptostylis ovata orchids in Western Australia, test whether they were infected with viruses, and determine what, if any, molecular influences these viruses might have on the plant-fungus interaction. I identified four Tulasnella genotypes interacting with C. ovata plants located in five populations (Nguyen et al 2020). Three of these were new to science, and the fourth had previously been identified from orchids of other genera in eastern Australia (Linde et al 2017).  I used ISSR markers to show that the same fungus remained with the plant host over a two-year period, and only one genotype of the fungus associated with its host plant. This finding suggested that C. ovata orchids have the ability to allow one fungal isolate to associate with it, then to ‘close the door’ to other isolates of the same or different species. In contrast, my work with Microtis media orchids showed that individual plants were able to simultaneously associate with fungi of two different genera (Tulasnella and Sebacina spp.) (unpublished). I did not identify viruses from these fungal isolates from C. ovata plants. I am currently undertaking genotyping of the C. ovata plants at his five study sites. The aim of this study is to investigate genetic variability in plants within and between populations. This will provide information of the genetic diversity of the populations at the study sites, and if sexual reproduction is taking place.

The aim of my research project was to examine the molecular basis of interactions between three endornaviruses co-infecting a fungal symbiont (Ceratobasidium-like sp) isolated from a Pterostylis sp. orchid. I generated isogenic (genetically-identical) fungal isolates cured of the three virus species (Cao et al 2019) so that I could compare the responses of the fungus with and without the infecting viruses.

I sequenced the genome of the Ceratobasium-like fungal symbiont, the first genome of an orchid mycorrhizal fungus to be sequenced. I am currently annotating this.

Small RNAs of 21-24 nucleotides are produced by eukaryotic organisms to control gene expression. I compared small RNA expression in the virus-infected and virus-uninfected fungal lines. I discovered that the fungus was actively destroying the viruses infecting it using the RNA silencing pathway. Although viruses were actively targeted by the host RNA-silencing machinery, the viruses persisted over time, suggesting an equilibrium between virus replication and active suppression by the host. I am currently looking at how the viruses influence the fungal metabolism, an important step in understanding how the fungal viruses influence the orchid.

I am also looking at the fungal metabolome, the metabolites, and how this is influenced by virus infection. I found that some amino acid pathways were significantly up- or down-regulated by the presence of viruses, notably glycine, serine, and threonine, arginine, proline, alanine, aspartate, and glutamate. The citric acid cycle and the spermindine synthesis pathways were both up-regulated. This work provides a basis for further study toward an understanding of how mycoviruses influence fungal metabolism, and how this may in turn influence mycorrhizal interactions between fungi and plants.