Round 2 of this will continue the work towards establishing a long-term orchid conservation and research program at the Royal Tasmanian Botanical Gardens (RTBG). This project continues to implement the Tasmanian Threatened Orchid Flora Recovery Plan (TTOFRP) and builds on from previously funded work by the Australian Orchid Foundation, Natural area Consulting, Westlands Nursery and the RTBG. This project is a collaboration between the RTBG, volunteers from community groups including the Friends of the RTBG and Threatened Plants Tasmania.  The project is overseen by Drs. Nigel Swarts and Magali Wright with activities completed on Friday mornings with a team of 10 volunteers on a rotational roster.

The objectives of the project are to: 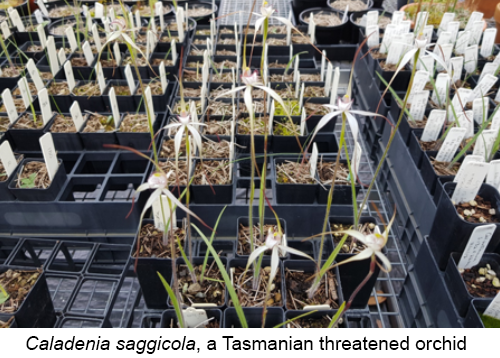