Rhizanthella gardneri Rogers. (Western underground orchid) habitat ‘health’ has been declining, which has negatively impacted populations of this unique and critically endangered species. Recent fires in the Corrigin area (Western Australian wheatbelt; February 2022) have directly impacted half of the known populations/habitat of R. gardneri and while fire is accepted as a natural phenomenon for this specific habitat, fire has not been observed there for over 100 years.  Subsequently, recent fires provide a once in a lifetime opportunity to monitor the effects of fire on R. gardenri and how its habitat will respond.  Our hypothesis is that fire may in fact promote R. gardneri growth because of increased vigour of Melaleuca uncinata host plant, increased soil nutrient load and increased leaf litter. Given the critically endangered status of this orchid, knowledge gained from this monitoring/research will be employed in future recovery/management plans and ultimately play a key role in preventing the extinction of this truly unique plant species. 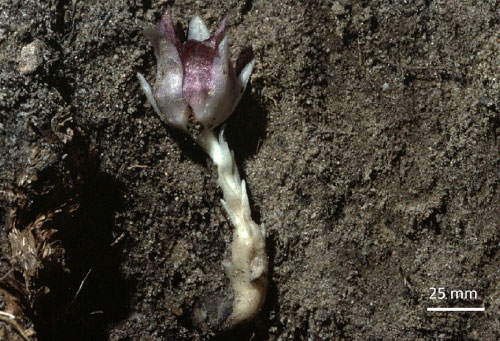