While we know that soil mycorrhizal fungi improve plant tolerance to abiotic stresses generally, we know very little regarding the function of individual fungi and ecological resilience to changing environmental conditions. As they are pivotal in orchid germination, Orchid Mycorrhizal Fungi (OMF) may determine orchid distribution and persistence. Put simply, without mycorrhizal fungi, orchids will vanish from natural habitats. Despite the fact that plant interactions with other organisms is increasingly investigated, little is known around the biotic and abiotic variables that drive the composition of that microbiome and even less about the effect of climate change on mycobionts. Here we will use the exemplar spider orchid genus Caladenia, which has the highest number of threatened taxa of any orchid group, in to test how highly biotic associations are linked to climate-driven threats with the nationally threatened species C. huegelii to be the key study species. The study site will be southwest WA where the impacts of climate change will be profound. Importantly this study will both confirm risks or identify taxa tolerant to the predicted 2061-2080 climate scenarios and hence target appropriate conservation management responses.

The project will be articulated in three key study areas: i) Niche modelling, ii) In vitro orchid-fungus(i) experiments to provide empirical testing of niche modelling theory, and iii) In situ experiments on Caladenia huegelii

Isolation and lab experiments will be pivotal to understand the effect of increasing temperatures on the orchid-fungus interactions and will ensure storage of climate-resilient mycorrhizal fungi for future conservation programs. Specific in situ conservation experiments on the majestic and threatened Grand Spider orchid Caladenia huegelii will show the seasonal fluctuation of OMF abundance in soil both in natural and translocated populations to better understand the drivers of plants survival and calibrate future conservation actions. 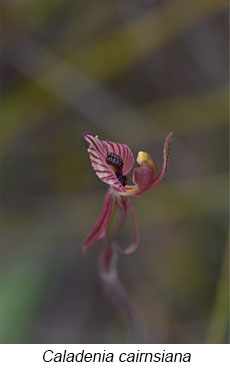 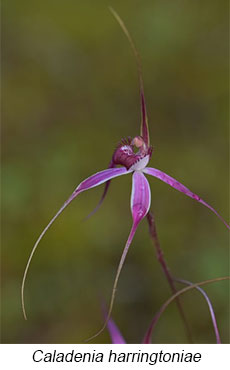 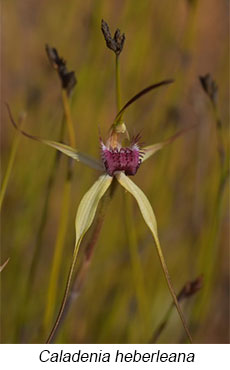 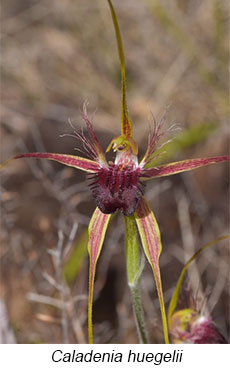 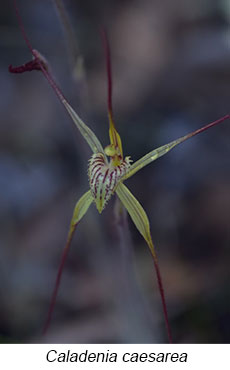