Albert George Gibbard was born on the 4th of November 1935 in Balby, Doncaster, Yorkshire, England. He was active as a young man, being a keen cyclist and soccer player. Albert received his plumbing licence in England and continued in this field both in England and in Australia where he eventually set up his own business in 1968 with his wife as partner.

Albert met his future wife Anne when they were 13 and after being friends for many years they began dating and consequently married when they were 20. Albert and Anne migrated to Australia in 1964 with their two sons, Russell and Moray. They loved the Sandgate and surrounding area in SE Queensland and eventually built a house in Barrabui St., Bracken Ridge. Later Albert would use the name Barrabui when naming orchids, registering twenty-nine orchids of which he is listed as the originator of fifteen.

Albert became involved in many and various clubs and was always keen to contribute to any group of which he was a part. He was a founding member of the Sandgate West Rotary Club and became President, leading such successes as raising funds for a car to be donated to the Blue Nurses. He was also a member of the Sandgate Bowls Club and became their President for two years.

This gift for involvement came to a fore once Albert became interested in orchids. Anne was given a Cattleya as a gift and Albert’s interest was sparked. He bought her a second plant, a Vanda, and from there it became a full hobby. Albert developed a varied collection of exotic and native orchids which gradually took over the yard. Bulbophyllums were a particular interest and he was invited to be guest speaker at meetings to talk about this genus.

While Albert enjoyed orchid growing and meetings, the aspect of orchids closest to his heart was orchid judging. In 1995 Albert became a North Moreton Qld Orchid Council (NMQOC) judge and was also an Australian Orchid Council (AOC) judge. Albert again contributed to both organisations by being the Treasurer of the AOC Southern Regional Judging Panel for over ten years and the Registrar of the NMQOC Inc. Judging Subcommittee for three years.

In his role as a judge Albert was a regular face at local monthly meetings as well as at shows in the Brisbane and surrounding areas. Albert and Anne were regular attendees at orchid conferences, travelling to many places in Queensland and even to other states such as Western Australia to enjoy the orchids and the social interaction with like-minded orchid growers. Albert loved taking the opportunity to be part of the judging panel at these events.

Albert was on the executive of the NMQOC Inc. for five years including two years as Vice President. He was the Show Organiser for many years and at NMQOC Inc. and Society shows, Albert enjoyed meeting the public and telling them about orchid growing while doing potting demonstrations and selling books about orchid culture. Albert was a keen supporter in a variety of areas, carrying out any tasks that added to the success of the Council.

Albert was very proud of how he grew his orchids and loved to display his flowering plants. Orchids with the name ‘Barrabui’ bring Albert to mind as he is listed as originator of plants such as Den. Barrabui’s Big Candy, Den.  Barrabui’s Rhapsody and V. Barrabui. Albert’s enjoyment of judging and orchids was obvious and he was often heard to say, ‘I think that’s beautiful’.

Albert was a social, friendly man who loved his family. A wonderful tribute was given to Albert by Anne when she said they had no regrets and wouldn’t have changed a thing in their life together. 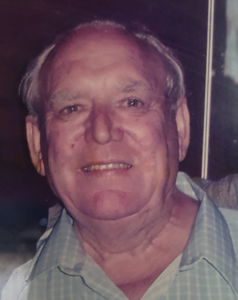