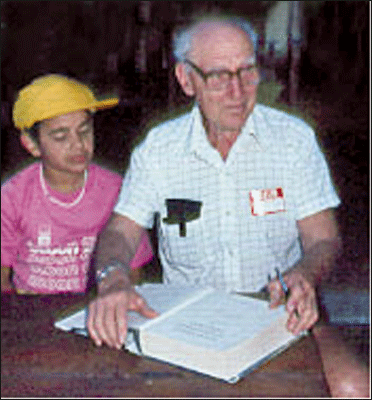 THE GRANTING OF THIS AWARD RECOGNISES THAT:

You have spent a lifetime observing and recording accurate details of orchids in New South Wales, Queensland and Papua New Guinea.

You were the author of “Australian Sarcanthinae” 1967.

You were the author of “Australian Indigenous Orchids” 1969. This publication has proven to be a monumental work which was published at a time when there was very little accurate data on Australian epiphytic orchids.

You held the post of Curator at the Herbarium, Lae, Papua New Guinea with memorable distinction.

You provided notes and illustrations for “Tropical Orchids of Australia” by P.S. Lavarack and B. Gray (1985).

You are held in great respect and high esteem by all those within the Australian Orchid fraternity.