Hil Katz was a true man of the world. Born in London of German parents, he was educated in England, completed a PhD in chemistry in Germany and, following periods in Switzerland and Canada, finally settled in Australia in the early 1950s. After working in Sydney and Melbourne as a research chemist, he moved to Geelong with his young family to work within the Wool Textiles Division of the CSIRO, where he made a number of important research breakthroughs in wool technology. He finished his career with CSIRO in Melbourne, taking up a new challenge as chief editor of publications.

Hil was a man of many interests that he pursued with energy and enthusiasm. During his working life and in the years following, he maintained strong links with family and friends in Europe, involved himself in a number of local community activities, and pursued his lifelong love of aviation, geography and travel.

An early interest in plants, reflected in some lovely water colour sketches, grew into an ongoing interest in nature and botany, both from an academic and practical perspective.

He first became interested in orchids in the 1970s, following his retirement and during the period he lived in Blackwood. Never one to do anything by half, he immersed himself in the task of learning about the orchid world, building his own glasshouse to grow and propagate orchids. He typically approached this work with a true scientific fascination and attention to detail. While particularly fond of Australian native orchids, his interests were wide-ranging. Over a period of time, Hil built up a strong network in the orchid world both in Australia and overseas, including close acquaintances in the Kew, Canberra, Melbourne, Sydney and Adelaide Botanic Gardens, with whom he regularly exchanged information.

Working closely with Don Blaxell and Gerald McCraith, he meticulously translated this key text over a period of several years, culminating in the publication of the 1180 page book by The Australian Orchid Foundation in 1982. Subsequently Hil assisted others in the translation of several short papers by Schlechter and other German botanists. This work provided him with a deeper understanding and interest in orchids, and brought him into contact with many others dedicated to orchids, both in Australia and overseas.

Hil was a long-serving member of the Orchid Species Society of Victoria, for which he undertook detailed checking of the taxonomic details of plants shown at their meetings, using the resources of the Royal Botanic Gardens Herbarium. This work culminated in the issue (in 1994) of the Green Book listing the corrected epithets of all species orchids displayed during the previous twelve years. Hil was honoured with membership to The Australian Orchid Foundation and served on its Executive for many years, first as an Associate and then as a Director.

Hil received great pleasure from his involvement with the Society and made many close and lasting friendships through the world of orchid enthusiasts. 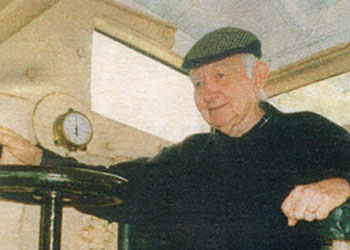