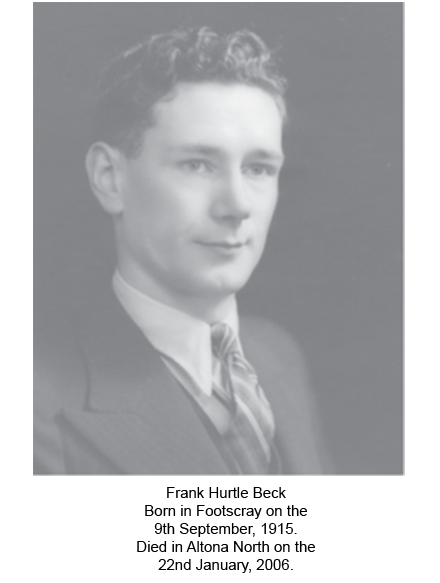 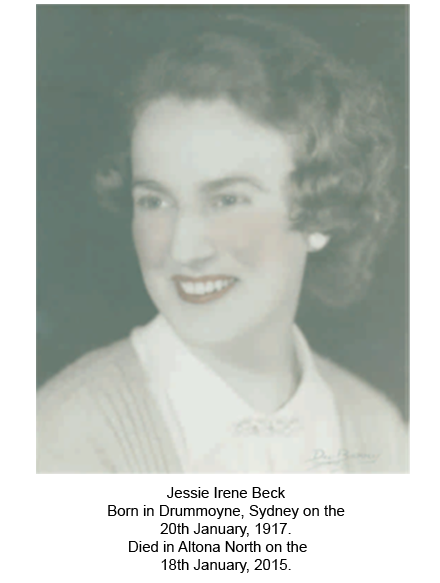 Frank and Jessie Beck were not prominent members of the extended orchid fraternity, but they were passionate about their orchids.

During the late 1940’s, Frank built himself a moderate sized glasshouse to accommodate his ever expanding collection of cymbidiums; and he did attempt to cultivate paphiopedilums, but without much success. As his interest in orchids grew, Frank subscribed to the Australian Orchid Review and joined the Victorian Orchid Club. He attended their monthly meetings for a few years during the 1940’s and 1950’s. Frank never did crack the secret of growing paphs, but put that down to the fact that his conditions were not quite right. Much to Frank’s disgust his brother, Leonard, grew paphs to perfection, but the conditions in Len’s back yard were noticeably different to his.

Frank did, however, have much success with his cymbidiums and, later, with the orchids that became his passion – soft cane dendrobiums.

In the meantime, Jessie attended floral art classes and, before long, she was producing wedding bouquets almost every weekend of the year. Those bouquets often featured cymbidium flowers grown by Frank.

Frank and Jessie passed their love of plants to their daughter, Helene, and their passion for cultivating orchids to their son-in-law, Alex Wild. You could say that Frank’s gift of Cymbidium divisions triggered Alex’ obsession with orchids, and his gift of a year’s membership subscription to the Australasian Native Orchid Society (Victorian Group) lead to Alex and Helene’s long-term involvement with that Society.

The painting accompanying this tribute was painted by Helene Wild. Frank and Jessie’s daughter.

A donation has been made to the Australian Orchid Trust Fund by Helene Wild.