All those that met Hugh during his life would describe him as one of nature’s gentlemen. Kind, considerate and caring.

Hugh was educated at Geelong College, where he studied as a boarding student.

His parents were from the land in the Western district, where it was normal and proper for Hugh to follow his parents to help run the farm, and eventually to run the farm in his own right.

The farm ran sheep and some crops. Hugh was very happy there. He often spoke to me about his beloved sheep dogs and tending to the needs of the sheep.

Quite late in life, he met a charming lass named Margaret. Hugh and Margaret became life partners. They worked the farm together.

In the late 1960’s the rigours of farm life saw them sell the farm and move into Geelong (Brocka Avenue). They did a little travelling to Britain, etc., but what next?

Early in the seventies, they went to an Orchid Show (Geelong Indoor Plant and Orchid Club) and were fascinated by these beautiful blooms. They were hooked.

Hugh’s interest was in Australian native dendrobiums, Margaret’s was with Sarcochilus and their collection grew, as only orchid enthusiasts understand.

In the early eighties the Wettenhalls were common sights at many Orchid Societies and Shows about Geelong and Melbourne. There were trips to New South Wales and Queensland, attending Shows at Dungog and Daybora. Wonderful times, wonderful, joyous trips. They had become very well known identities down the east coast of Australia.

The Wettenhalls’ were members of the following Orchid Societies:

Hugh was a member of the Australian Orchid Foundation.

He was certainly a “kingy man”.

I am most pleased to say that Hugh’s plant has a fond position in my collection. A great reminder of a beautiful man each day, especially in September. 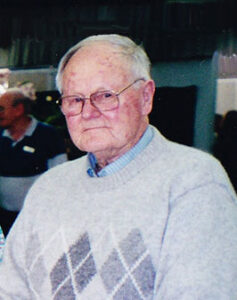