J.N. (Jim) Rentoul began growing orchids in 1937, when he was first married and had purchased his first home in Glen Iris (Victoria).

His fast-developing passion was curtailed by service in WW II, although he did still manage to collect and care for some orchids while on active service in New Guinea. A few of these plants were dispatched to Brisbane but he was unable to locate them when in that city on his way home.

After he was de-mobbed and had returned to civilian life, Jim’s orchid collection expanded as and when he could afford it. He built two glasshouses, both heated by coke-fired boilers that required regular stoking throughout the colder months. The larger of the two housed mainly cymbidiums while the smaller was for paphiopedilums, cattleyas, dendrobiums and other tropical and sub-tropical genera.

On July 27, 1949, Jim and a small number of orchid-growing colleagues gathered around his dining room table to form the Melbourne Eastern Orchid Society (MEOS).

Over the years, Jim was also a member of the Victorian Orchid Club (VOC), Australian Native Orchid Society (ANOS) and the Orchid Species Society of Victoria (OSSV). He was also an early member of The Australian Orchid Foundation.

Always referring to himself as an enthusiastic amateur orchid grower, Jim’s extensive experience and constant thirst for knowledge saw him develop into one of this country’s, if not the world’s, foremost experts on the cultivation of a vast number of orchid genera.

Jim’s interest was never commercial, although he did write a monthly Orchid Notes column for Your Garden magazine from 1953 until the late 1980s.

He turned this lifetime’s accumulation of practical and theoretical learning into seven eminently readable books for other amateur growers. They are:
Growing Orchids:
Book One – Cymbidiums and Slippers
Book Two – The Cattleyas and Other Epiphytes
Book Three – Vandas, Dendrobiums and Others
Book Four – The Australasian Families
The Specialist Orchid Grower
Expanding Your Orchid Collection
The Hybrid Story

Jim’s other great interest was photographing orchids, and his large collection of 35mm slides was the source of almost all of the images in these seven books.

After some 35 years in Glen Iris, Jim and his wife Madge retired to Somers, on Westernport Bay. Jim had disposed of a large proportion of his orchid collection before this move but, within a short time, a new glasshouse was built and a few precious plants that had “retired” with him took up residence. He also attached quite a collection of assorted cool climate epiphytes to the abundant melaleucas and other native trees on his large allotment.

A final move back to Melbourne after Madge’s death in the mid 1980s saw the construction of yet another small glasshouse and the beginnings of his third orchid collection.

Jim passed away in 1991 during the final editing and pre-press stages of his final book, The Hybrid Story. This book was completed by his four children Alex Rentoul, Barbara Skilbeck, Joan O’ Sullivan and Noelle Weatherley. 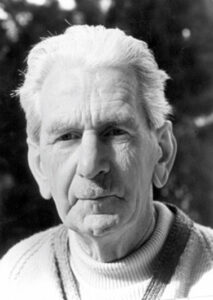