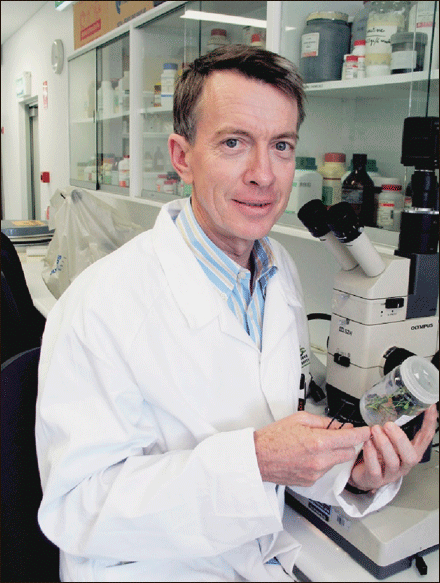 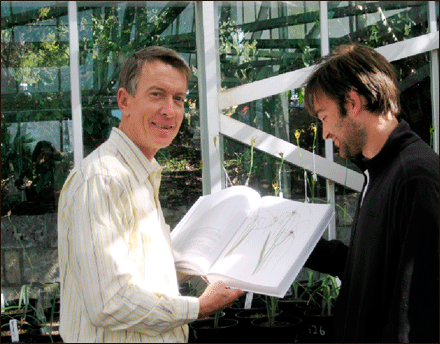 THIS AWARD IS IN RECOGNITION of your dedication of more than 30 years, researching the ecology and conservation of Australian native plants and ecosystems.

You have attained the position of Director of Science at the Western Australian Botanic Gardens and Parks Authority (BGPA) and the Permanent Visiting Professor at the School of Plant Biology at The University of Western Australia.

Under your guidance, the BGPA has developed into one of the world’s leading orchid conservation laboratories whose work includes research on hormones employed by orchids that provide a female-mimic to attract male wasps for pollination by sexual deception, and micro-propagation techniques for many endangered Australian orchid taxa.

You and your team of students have published widely on mycorrhizal ecology, pollination biology and conservation genetics. Your work on the Western Australia underground orchid Rhizanthella gardneri, has attracted international attention.

You were part of a team who discovered the chemical in smoke responsible for the germination of many Australian native plants. This has transformed the approaches taken to restoration and conservation of plant habitat in Australia.

You initiated the first International Orchid Conservation Congress and continue to be involved. You were instrumental in publishing Orchid Conservation (Natural History Publications, Kota Kinabalu, 2003), one of the most widely cited of all books on the subject.

Your botanical research is recognised by the Linnean Society of London with the awarding of the prestigious Linnean Medal.

You have been a member of the Research Committee of the Australian Orchid Foundation since December 2000 and its Chairman since July 2002.