Olive and Ken were members of the Australasian Native Orchid Society (Victorian Group) for many years. They initially grew cymbidiums along the back fence then saw an advertisement in Garden World by David Cannon which started their involvement with Australian native orchids. They became excellent growers of Australian epiphytic and lithophytic orchids having a large collection of species and hybrids. They were very welcoming and generous to new members of the Society. The New Members Group had an almost annual visit to Olive’s and Ken’s. One of their plants, an enormous Dendrobium Bardo Rose, initially purchased from David Cannon, was frequently raided for keikis, which they shared with everyone. It became too large for Olive and Ken to handle, so they donated it to the Royal Botanic Gardens Melbourne.  (At that time, ANOS Vic was meeting and holding their Spring Show at the Herbarium.) Sadly their collection and equipment was stolen from their backyard at one stage, but they rebuilt it and when it was too much for them, sold it to Wayne Turville

Olive and Ken were the ideal club members – always ready to pitch in and lend a hand wherever needed, always there helping at Spring Show time, exhibiting their beautiful native orchids and assisting in whichever way they could.  They were Committee members and Show Committee members for several years. The kitchen was most definitely Olive’s domain and, at every meeting, she served supper to other members, always with a smile and a cheerful word.  While Olive was organizing the suppers at meetings, Ken was organizing the Plant Sales. Olive was also an excellent seamstress and, before one of ANOS Vic’s Spring Shows, cut and hemmed many metres of black fabric into cloths that were used to cover the trestle benches and thus, set off the orchid display to utter perfection.  Incidentally, those cloths set the trend and it wasn’t long before other societies began using black fabric for their orchid display also. Olive’s cloths are still used at shows today.

Olive and Ken and were honoured with ANOS Vic Life Membership in 1991 after being members for 21 years.

Donations have been made to the Australian Orchid Trust Fund by ANOS Vic Group Inc. 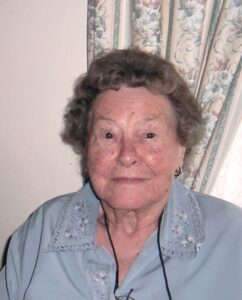 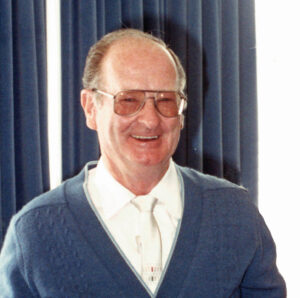