Bob was born in Richmond and spent his younger years in the family home in Alphington.  After graduating from Melbourne University he started work as a Biochemist with Commonwealth Serum Laboratories and that is where he met his wife Joan.  They finally married in 1957 and moved to North Balwn in 1958 where they grew camellias and later on dahlias, where they were very successful at Dahlia Shows.

Bob left CSL and went to work for CSIRO and stayed there until his retirement.  Then he worked as a computer consultant for Shell and Alcoa.

Bob purchased a Land Rover and he and Joan went “bush” quite often. Bob also gained his pilot’s license in 1968 and they bought a Beechcraft Debonair in 1973.  This enabled them to travel all over Australia.  Bob and Joan had several grants from Melbourne University to enable them to travel outback and collect information on aboriginal stone arrangements.  Their collection of information, photographs and samples from those trips has been donated to the Institute of Aboriginal Studies.  Bob also wrote an illustrated monograph on his work researching aboriginal stone arrangements, which is now held by the Aboriginal Institute in Canberra.

The Land Rover became a celebrity in its own right, and was to become well known in later years as the truck with all the good orchids inside.

After Joan was given a plant of Cymbidium Doris, the two of them joined Warringal Orchid Society and they decided to cultivate and work with Cymbidiums.  Bob was a willing helper for Joan and often let her take the reins when it came to discussing orchids.  When Joan, and the Land Rover passed on, both due to a road accident, Bob registered an orchid, that Joan had hybridized, in her name “Memoria Joan Rowlands”.

Bob kept working on his own with the orchids and tried a few crosses himself, one being “Memoria Eleanor Herrmann”, a pretty green miniature named after his niece, who had passed away a few years earlier.  He had never mentioned this cross, and it was a lovely surprise when it came into flower.

Bob loved his orchids and over the years he was a member of many clubs.  In his later years he stayed an active member of Warringal Orchid Society, Maribyrnong Orchid Society and the Victorian Orchid Club. He acquired many first place prizes of which he was justifiably proud. He enjoyed going to the Christmas break ups, and looked forward to the bus trips that Maribyrnong ran.  He always joked that he would not be buying any orchids this trip.  Of course there was always that “one” that he had to have.  He usually came home with three or four plants.

As his health declined so his orchids gained more “companion plants” as he called the weeds.  This troubled him and he would try to extract the “companion plants” whenever he could but could never keep up with them.  He had harvested a lot of pollen and planned to do a lot more crosses but his health was letting him down.

Bob liked to travel and visited the Seychelles, Madagascar, Yemen, Antarctica, India and Nepal amongst many other destinations.  He was a keen photographer and took thousands of photos of flora and fauna of all kinds, and was an active member of the Field Naturalists and their sub group of Fungi enthusiasts.  He attended many orchid conferences and Fungi group conferences. 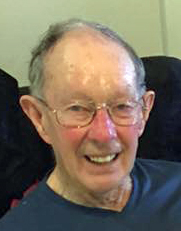