Ron passed away on 5th February, 2004 to join his beloved Pauline who had passed away only two months earlier. Ron was born in Perth, but most of his life was spent in the country of Western Australia. He was a foundation Member of The Australian Orchid Foundation.

Ron was educated at the Victoria Park Primary School, and at the age of 17 he went with his brother to Kalgoorlie to work with a diamond drilling crew.

It was during holidays that he befriended a fisherman at Esperance and soon found out that the catching of fish was lucrative, so much so that their father joined them, and as they prospered, and with good advice, saw them settle their business in Katanning in 1936.

Ron joined the RAAF in WW2, and was sent to England as a pilot and later flew Lancaster Bombers into action. He returned home to marry Pauline Graham. The Heberles fished the fairly remote areas along the South Coast from Esperance to the west of Albany and were fondly known as the ‘HEBS’ by the locals. The family home was at Spencer Park where they raised 6 children.

Both Ron and Pauline travelled throughout the whole South West and their knowledge of the orchid distribution was astounding, for they travelled through long stretches of undisturbed bush. Ron’s love and knowledge of native flora was nurtured by his mother for she had a wonderful collection of pressed flowers.

Ron and his family moved to Albany and it was at the flower shows at the children’s school that had them searching and collecting the native terrestrial orchids. With the Headmaster, Ron Oliver, and the family their knowledge and interest in the terrestrial orchids around Albany increased and eventually Ron became the orchid collector for Kings Park.

Ron published many articles in the ‘Orchadian’, the WA Group of ANOS. Ron wrote a paper entitled “The History of Orchid Collecting in South Western Australia 1791 – 1971” in the first edition of WANOSCGP. Ron was also a speaker at several orchid conferences.

It is pleasing to record the close attention to detail that led to his fascination for natural hybrids and that there are three orchids named after the Heberles, they are Caladenia heberleana, Diuris heberlei and Prasophyllum pauline.

Ron was an excellent photographer and his interest in the natural hybrids and varieties has been beautifully recorded in his 1500 plus colour slides. Ron’s orchid experiences came from fieldwork, rather than any formal education. He had very little patience with some trained botanists and often had no compunction in airing his thoughts.

The local orchid community will miss Ron and Pauline as will the orchid fraternity throughout Australia, for Ron has been considered an ICON of the orchids of South Western Australia.

Ron & Pauline……..your names shall live for ever more …… 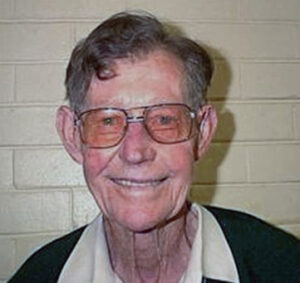