Ron served on the Committee of the Geelong Orchid & Indoor Plant Club for five years and was a regular attendee to the meetings of the Ballarat Orchid Society.

Ron was a visible front of Maribyrnong. He was always able to interact with people from all walks of life and was always prominent at meetings, selling raffle tickets, getting the supper requirements and always first at the hall to assist in the meeting preparation. At shows Ron was always first there assisting in the set-up and helping other members with their difficulties. Ron delighted in being on the entrance door, greeting all visitors with humorous banter as they arrived.

During his working life, he spent 40 years with ICI at Deer Park. Ron’s family were not immune to his love for club life. His wife, Margaret and sons, Brian, Robert, Steven and David have all shared tasks for the club that has been greatly appreciated by the Committee for the voluntary work that each performed.

Ron was very proud to have been a volunteer with the Bellarine Peninsular Railway that ran from Queenscliff to Drysdale on weekends and holidays. Ron was the guard on the train.

Rest in peace Ron, your cheerful approach will be most difficult to replace, you will be remembered with affection.

A donation has been made to the Australian Orchid Trust Fund by the Maribyrnong Orchid Society, Victoria. 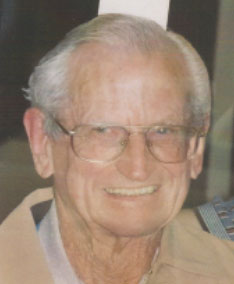