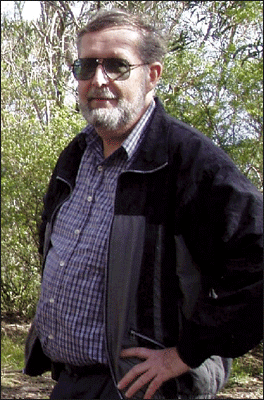 Award of Honour for 2006 posthumously granted to:

He studied at university to become a teacher in Natural History and worked in the Illawarra District until his retirement.

He was a gifted and dedicated naturalist blessed with a discerning eye, although interested in a wide range of plant and animal life. Native Orchids were his personal passion.

He travelled far and wide within Australia to study orchids in their natural habitat.

He discovered numerous previously unknown native orchids in his travels and supplied valuable specimens to the herbarium in Canberra.

He was an accomplished photographer who assembled an extensive collection of photographs of orchids in cultivation and in their natural habitat.

He was a dedicated conservationist who believed that more should be done to preserve orchids in their natural habitat.

He is remembered with great respect by all who knew him in the Australian orchid fraternity.