Wal first became interested in orchids when he worked in Toowoomba, helping to decorate the bank he worked in, for the Carnival of Flowers, back in 1954-60. A colleague’s neighbour grew Cymbidiums, conveniently flowering them each September, so were borrowed each year. This person was quite happy to see his orchids displayed to the public.

As we were transferred around the State – Brisbane, Nambour, Maryborough, Bundaberg, Darwin, Brisbane, Rockhampton and finally to Townsville in 1979 he could not follow up on his desire to grow orchids, having only a few favourites we could move with us by car.

Our son Stephen introduced us to Ray Robinson at the 1983 8th. Australian Orchid Council Conference and the two became very good friends. Wal and wife Jean joined the Townsville Orchid Society Inc. where both became involved.

When the hall, owned by the Souths Union Rugby League Club, where our meetings were held, became available for purchase, Wal, Ray Robinson, Peter Pavia, and Bill Lavarack put their names forward as Guarantors, and with Wal’s help at the bank a loan was forthcoming to purchase the hall.

Some years later our hall was taken over by the then Thuringowa Council for the development of what is now known as Riverway, so we had to move. With compensation from the Council and a profitable 6th. Asia Pacific Orchid Council Conference, instigated by Wal, held in 1998, we had enough finance to build our new hall free of debt. Wal also undertook the task of preparing paperwork for Government Grants, providing a commercial kitchen, tables and chairs etc. to complete the project. An additional room was added a couple of years later.

On retirement in 1992 and in his own home, Wal built up a huge collection of orchids which included a great number of genera, and thoroughly enjoyed flowering all of them. He won many trophies at home and at Tropical Queensland Orchid Council Inc. Conferences held in many places across North Queensland. Wal was Treasurer of T.Q.O.C. Inc. for many years.

He and Jean attended World Orchid Conferences, starting with Glasgow in 1993 until the last one being in South Africa in 2014. They also attended Asian Pacific Orchid Conferences. Wal was a member of the A.P.O.C. Committee for a few years.

He was also a member of A.N.O.S. Townsville Group and enjoyed field trips organised by President John Nuss. Several years ago he was a member of the Queensland Paphiopedilum Society. He was a Member of The Australian Orchid Foundation, also a Life Member of Townsville Orchid Society Inc.

He was President, Secretary and Treasurer of the Townsville Orchid Society on and off until 2006 when he stayed in the President’s chair until 2016 when the Leukaemia that struck him down in November 2015 became severe and despite Chemotherapy each month, he passed away on 9th. December 2016 aged 87 years. Sadly missed by wife Jean, Children, Grandchildren, Great Grandson and Australian and Worldwide Orchid Friends. 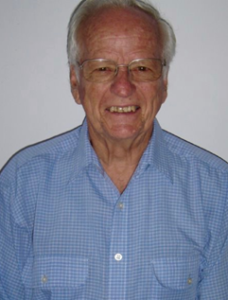