One of our foremost authorities on Australian and Papua New Guinea native orchids, Wayne Harris, passed away peacefully on the 21 November 2020 at age 81 years in the Sunshine Coast University Hospital with loving family by his side.

Wayne was born on the 11 October 1939 in Adelaide, South Australia. He was the eldest child of Francis and Marjorie and brother to Pauline. Wayne’s inquisitive mind led him to pursue a career in science, with geology and botany being his primary occupation for many years, before branching out into other specialties including his greatest love, orchids.

Wayne was elected as a committee member of the Native Orchid Society of South Australia Inc. (NOSSA) for a year on 26 April 1983 and secretary on 27 March 1984, a position he held for three years until 24 March 1987.

Wayne and his wife Jean moved to Toowoomba where Wayne lectured in geology for five years. He then retrained, enrolling in a doctorate course in botany and due to his work at the Queensland Herbarium, Mt Coot-tha, Wayne and family moved from Toowoomba to The Gap (Brisbane) in the early 1990’s.

While in Toowoomba Wayne joined the Toowoomba Orchid Soceity. While in Brisbane he joined The Orchid Species Society and the ANOS (Qld) – Kabi Group. Of course to retain his status as an AOC judge he also joined The Queensland Orchid Society.

After relocating to the Sunshine Coast in 2007, Wayne joined the Nambour Orchid Society.  He was a very active and enthusiastic member. His passion was species orchids.  He was always willing to give a talk to the society’s meetings on any genera and his vast knowledge was always appreciated. He was a great teacher and very passionate when it came to orchids and was the society’s ‘go-to’ person if anyone needed a plant identified.

In 2006 Nambour Orchid Society set up a species appreciation group. Wayne was a very welcome addition to the group’s monthly get-togethers and always created plenty of banter amongst the group as he was focused on the correct pronunciation and spelling of plant names. His book Botanica’s Pocket Orchids was at every meeting and referred to by many during the meetings.

Wayne was the driving force behind the Nambour Orchid Society’s annual species show which started in 2011. In June 2019 Wayne was honoured with life membership of the Society for his dedication and contribution.

Wayne was a member of the first ANOS judging school conducted in Brisbane, Queensland  in January 1993. He presented one of the learning modules for this school. Part of the practical assessment for this school was conducted, in association with the visiting ANOS Judges from NSW. The Second ANOS Conference and Show was held in Toowoomba, Queensland, in September 1993. Wayne was part of the organising group for this conference and show. He was conferred ANOS Certificated Judge status on 1 May 1994 and conferred ANOS Judge status on 4 October 1994.

Wayne was also an AOC judge for many years.

Wayne co-authored (with Bill Lavarack and Geoff Stocker) the book, Dendrobium and its Relatives, featuring many of his magnificent photographs taken over many years of field experiences in many parts of the world, especially Papua New Guinea and Borneo. He specialised in growing Bulbophyllum, Dendrobium and Asian species.

Wayne was the chief editorial consultant for the publication Botanica’s Pocket Orchids, a species reference book.  He also contributed articles to a number of orchid publications, both in Australia and abroad.

Some of Wayne’s achievements, outside of orchids, included in the 1960’s; while investigating Tertiary sediments of the Otway Basin exposed in the coastal cliffs near Princetown, Victoria; detecting fossil pollen from an ancient coniferous tree which he described as Dilwynites granulatus. The pollen from the genus Wollemia is akin to the fossil pollen assigned to the fossil genus Dilwynites. The genus Wollemia is currently represented by one living species being the Wollemi Pine (Wollemia nobilis).

While in South Australia Wayne volunteered for the St John Ambulance. He was Superintendent for Unley station for eight years. His service was recognised with the awarding of the Service Medal of the Order of St John. This Service Medal is awarded to recognise both conspicuous and long service with the Venerable Order of St John and particularly in the St John Ambulance.

He will be remembered by us all as an intelligent, witty, kind and generous man who had many great experiences and achievements in his life. 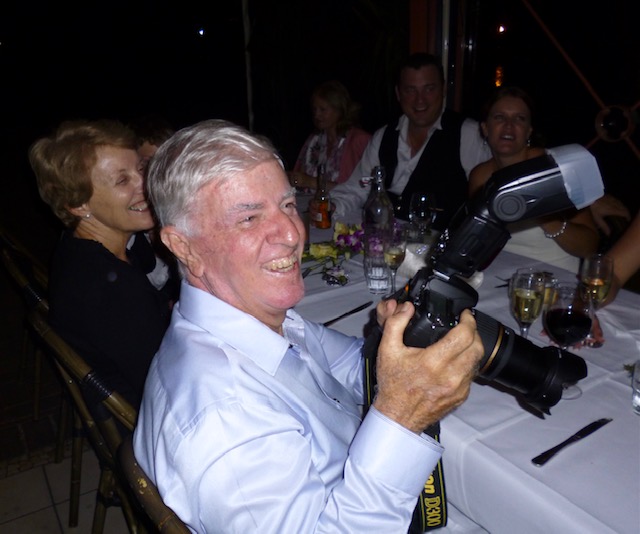